The Ukrainian Army shelled the city of Donetsk on the 10th and 11th August 2014. On the 10th of August the district “Kiev” and district “Kuybyshev” of the city Donetsk were hit. In the Kiev district there were 4 mortar hits. A part of a house for four families was destroyed by a direct hit, two more mortars got to the yard. There are no victims there. In the Kuybyshev district there were detected about 10 hits. The roof of a 9-floor house was destroyed, the attic ceiling and a ceiling of the 9th floor were broken through. There was recorded a mortar hit in the yard of a house of worship and in a one-store house nearby. Seven houses in this district are seriously damaged. There are no victims though. People were able to hide in cellars and in a bomb shelters. 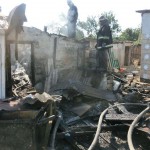 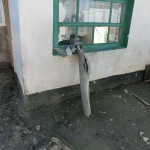 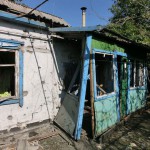 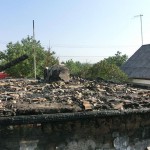 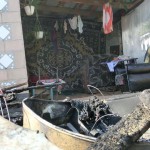 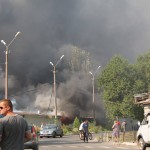