Children of Slavyansk: “We are not terrorists!”

On 06.05.2014 the children of Slavjansk rallied against the military siege of Slavjansk. The Ukrainian army is about to “clean the city of terrorists” in a military operation, and besieged it for days. Food and medicines are rare. The children of the town took today to the streets to demonstrate against the siege and clarify: “We are not terrorists!”. 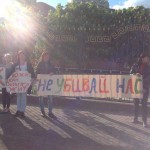 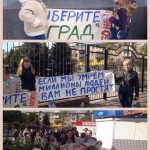 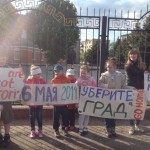 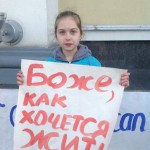