During an attack by neo-Nazis in Ukraine on a union hall on May the 2nd 2014, at least 43 people have been murdered.

On May 2nd 2014 the right sector and Maidan activists started rioting in Odessa. Those attacked the city in a coordinated action and delivered street battles with the police and local residents at noon.

The police was inferior to the armed and well equipped Euro-Maidan activists and members of the neo-fascist right sector. The fighting in the city continued. Residents desperately tried to protect their homes against the mob.

A member of the anti-fascist self-defense committees is seriously injured Maidan activists and EU supporters. His foot has been almost completely been cut off. The Police is trying to get the man first aid.

The residents and anti-fascist who desperately tried to defend themselves against the neo-Nazis of the right sector, but failed. They fled to the trade union building to entrench themselves there and to seek shelter. The Ukrainian neo-Nazis continued to pursue them. Then they started to prepare rocks and Molotov cocktails to attack and kill the anti-fascists.

It is clearly seen that the anti-fascists try to entrench themselves in the union hall and repel the attack.

The police is overstrained and retreats from the union hall. At the same time anti-fascists and civilians who are caught on the roof of the trade union house are trying to send SOS in Morse. However the security forces ignore these cries for help.

This video shows in full length the attack of the neo-Nazis on the building and the people who are trapped there. Finally, the police tries to evacuate some people on the side of the building. However dozens can not escape the flames and die. Hundreds are seriously injured.

Here you can see the attack on the trade union hall from the front of the building.

And here in front of the entrance of the building.

Consequence of fascist violence are according to informations by the Ukrainian police at least 43 dead.
The photos proof that the Right Sector and the Euro-Maidan activists set fire to the building and are responsible for the killings

We are asking the international community to start an investigation of these events to find and persecute the responsible persons of this murderous attack. 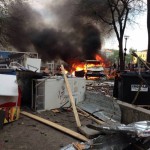 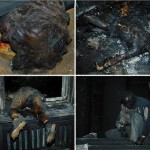 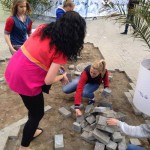 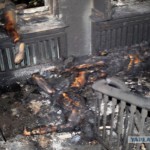 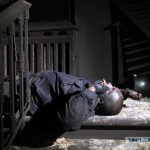 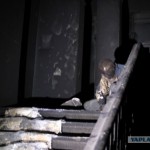 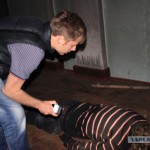 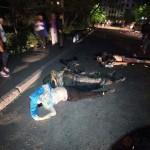 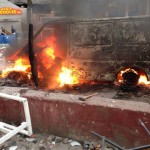 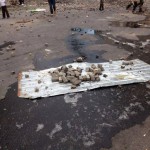 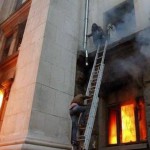 People trying to escape the flames 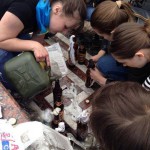 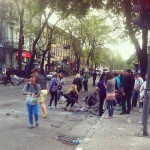 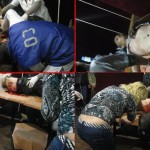 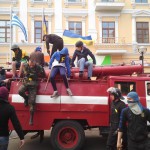 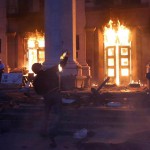 March of the neo-Nazis in Odessa

17.04.2014 Odessa – march of Right Sector Neonazis.
The speaker: “[We want] into that kind of Europe that crusaders fought for, into that Europe – the European nationalists were fighting for – into Europe of white people, but not into Europe where now live Muslims and ousting native population: they seize their lands and restrict their rights. We will be fighting for Europe – white Europe of traditions and national states – for Europe of free nations. Glory to the nation! Death to enemies!”

Neo Nazis attack citizen of Odessa on the 7th April 2014