Dozens of people died today when the Ukrainian Army started a major offensive against the people of eastern Ukraine. In the village Stanytsia Luhansk in the suburbs of Luhansk at least 9 people were killed by an air strike of the Ukrainian Army. “The first plane appeared at 11 am, and hit the center of the town – destroying the police building, damaging the courthouse, and razing two houses. We won’t know the death toll until the rubble is cleared,” said Vladimir Bilous, the head of the local administration. “At the site of the second strike the situation is even worse: 9 people have died, and 11 have been wounded. Among the victims is a five year-old girl, who with her father. The impact was so strong her legs were blown off. Once again, the exact number of the dead will only become clear later.” 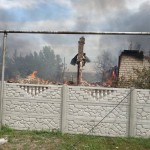 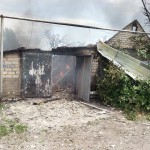 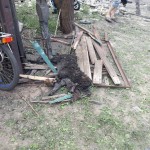 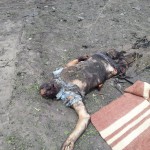 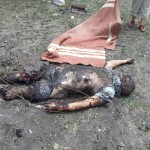 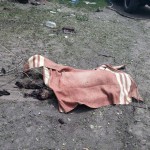 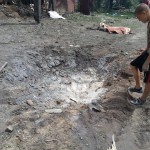 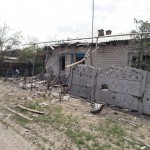 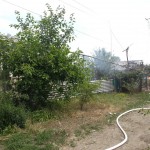 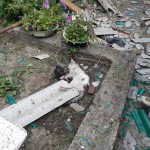 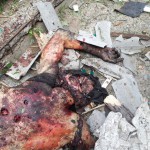 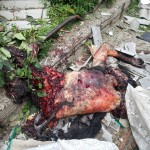 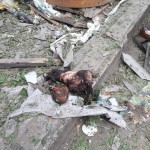 Another civilian was shot dead in his car near Kramatorsk.

And the shelling of the civilian city of Seversk caused another dead.

According to reports another two civilians died by shelling of the Ukrainian Army near Slavyansk, who drove in a bus.