On July 5th 2014, a group of individuals wearing masks attacked the editorial office of Vesti newspaper in Kyiv with smoke grenades and stones. The office guard was assaulted and sustained injuries, windows were shattered and some of the newspaper’s equipment was damaged. The newspaper is know to take a more critical view about the so called “Anti Terror Operation” (ATO) that is going on in eastern Ukraine and is de facto a war of the Ukrainian government against its own people. A surveillance camera captured the attack of the neonazis on tape.

The OSCE Representative on Freedom of the Media Dunja Mijatović condemned the attack and called for an investigation.“I condemn this attack and call on the authorities to carry out a full investigation to identify and bring those responsible to justice”

More images of the damage caused by the Neonazi attack can be found on the website of vesti.ua. 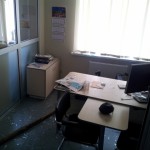 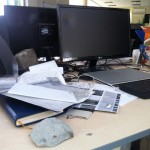 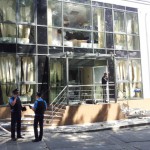 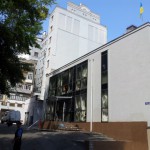 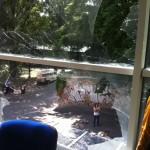 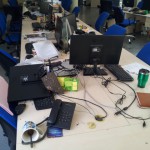 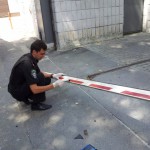 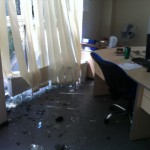 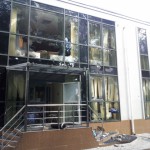