Ukrainian army and airforce waging war against the people of Donetsk

On the 26th of May 2014 the Ukrainian Army under command of the newly elected president Petro Poroshenko started waging a war against the people of Donetsk. The Peoples’ Republic of Donetsk declared independence in Ukraine in accordance with valid international law. But the president of Ukraine Petro Poroshenko is not accepting this independence. He now started a war of terror against the local Ukrainian population in Donetsk and the Donbass region. The Ukrainian Committee for Human Rights is condemning this onslaught on the Ukrainian cities of the Donbass. This lead to dozens of casualties amongst the civil population. We are calling for negotiations.

Videos: The Ukrainian Air Force is launching missiles on the city of Donetsk on the 26.5.2014. We have reports of up dozens of dead people in Donetsk, where the Ukrainian Army tried to take over the airport, which was held by local militias of Peoples’ Defense Forces of the Donbass. Confirmed are at least the death of 43 armed citizens of Donetsk and 2 civilians, who were killed during the air strikes on the city. The international community needs to condemn these air strikes against residential areas, that were carried out with fighter jets and MI-24 helicopters.

Video: The Ukrainian Army is shelling the city of Donetsk. A local residents house is hit by a mortar shell on the 26th of May 2014.

Video: Additionally on the same day the Ukrainian Army attacked the city of Sloviansk with artillery, which lead to the death of civilians. At least 3 civilians died by the shelling. In Sloviansk in the Artem’s district two houses in the Batuka street were directly hit by the shelling.

Another one dead on the same day is reported from the Novoaidar region in Lugansk, where the Ukrainian Army killed the driver of a car. 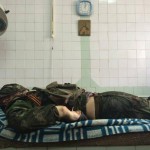 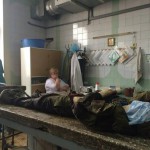 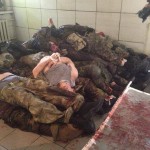 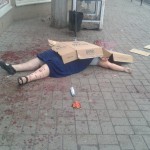 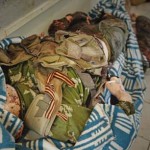 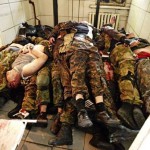 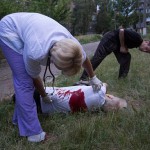 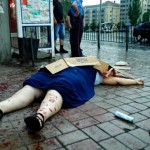 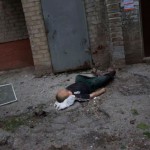