Ukrainian Nazis are attacking the Russian Embassy in Kiev After the separatists in Lugansk have shot down a military plane in the night of the 13th to 14th of april, that would take more soldiers of the Ukrainian army to Lugansk, Ukrainian neo-Nazis gathered in front of the Russian Embassy in Kiev. About 49 soldiers of the Ukrainian army were killed in the night before, when a military aircraft of the type “Ilyushin Il-76” on the way to Lugansk to suppress the local people was shot down. The separatists of the People’s Republic of Lugansk shot from the plane apparently. This drove ultra-nationalists and fascists on the streets. They started to attack the Russian Embassy in Kiev.

Vehicles of the embassy were destroyed and sprayed with Nazi symbols. These include swastikas and Celtic crosses. A black and red flag of the neo-Nazist right sector was hoisted at the fence of the embassy. The embassy was pelted with paint bombs in the Ukrainian national colors, its windows smashed with stones. Molotov cocktails were prepared to put the building on fire. Ukrainian special forces are reportedly around the corner, but they did not intervene. 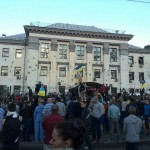 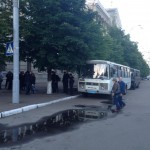 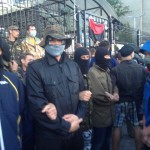 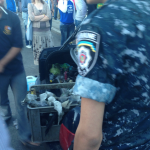 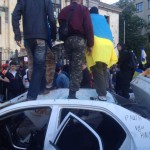 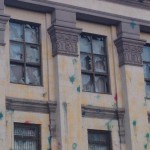 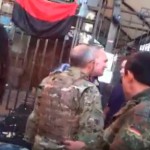 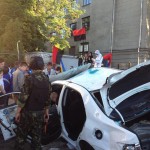 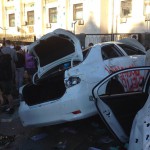 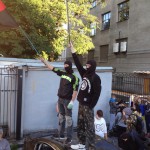 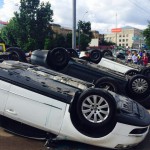 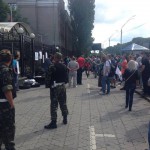 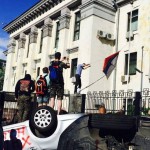 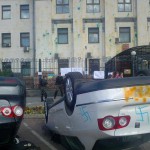 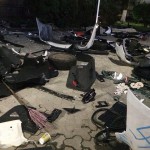 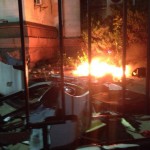 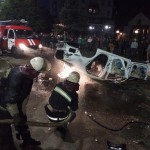 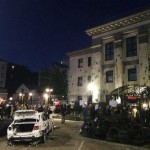 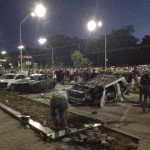 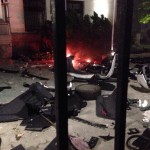